(This article was written by Naomi Johnson, Nottinghamshire, UK, but modified to only Burmillas)

The Burmilla breed was developed in the UK and came about via an accidental mating of Burmese (known here in the States as European Burmese) with a Chinchilla longhair. The Chinchilla mating took place in 1981 and led to the birth of 4 black silver shaded female kittens of reasonable European Burmese type. The owner of the accidental litter, Miranda von Kirchberg, initially regarded them as very pretty pets never to be repeated - but after a few weeks began to wonder about the possibility of a new breed in the making. The kittens were very healthy and strong and had the sweetest natures imaginable - why should there not be a "Silver Burmese" when there were already Silver Orientals, Persians and British Shorthairs? Miranda sought help and advice from many people including GCCF officers, geneticists and cat club representatives and eventually formulated a breeding programme to develop "Silver Shaded Shorthairs of Burmese type" which she named Burmillas. Over the course of the next few years, more breeders joined the programme and it became clear that the new breed had huge potential, because in addition to the Shaded Silvers, other patterns and colours were appearing along with semi-longhairs to be known as Tiffanies. (end)

Australia started their Burmilla breeding programs in 1996, using the FIFe Standard.  England was the beginning of the breed in 1981.  A few of the Breeders in the United States started in 1999, tho, those have Registered in TICA (The International Cat Assoc.) and CCA (Canadian Cat Assoc.)

The Burmillas are now in most of the Countries overseas.  We have breeders in United States, Australia, New Zealand, Canada, The Netherlands, Spain, France (including Reunion Island), Sweden, Finland, Germany, England, Ireland, Denmark and Czech Republic.  I'm sure there are others in other Countries that I haven't mentioned.

Here are some of the Burmillas which were produced over the years. 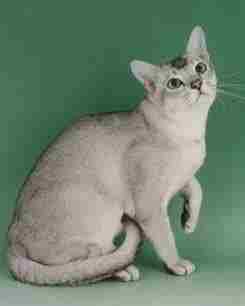 Here is my 2nd Generation Burmilla.  His name is Bes Snow Dragon and he is a Cinnamon Shaded Silver Burmilla. 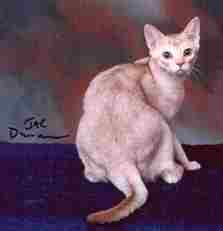 I finally caught Snow Dragon putting his hands together, like he was praying.  He does this quite often, but it is just hard to catch him doing it, when I want to take a picture.  The Professional Photographer, also caught him at the studio doing it. 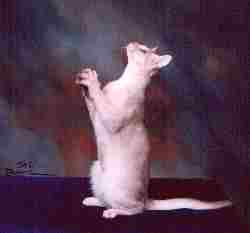 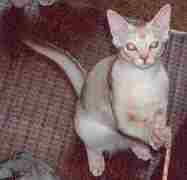 This next photo is Bes Jar-Jar Binks, he is a 2nd Generation, Sex-Linked Red Shaded Silver Burmilla. 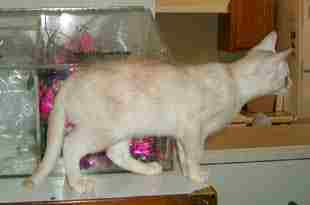 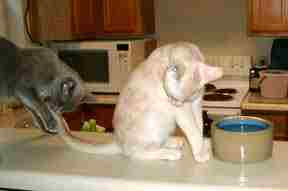 This one is a 3rd Generation, Red Shaded Silver Burmilla and her name is Bes Snow Princess.  She was born on 14-April-2003. 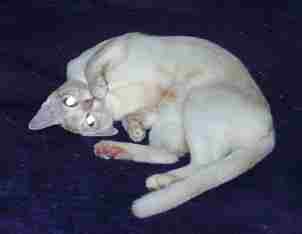 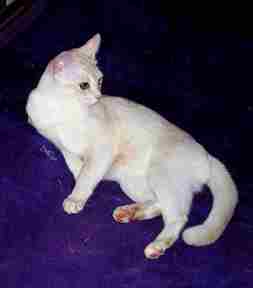 This is Hindmarsh Silva Aidan of Bes.  He is a 2nd Generation Black Tipped Silver Burmilla and he was from Australia.  His date of birth is 16-February-2003.

Here is a 3rd Generation, Black Tipped Silver Burmilla and her name is Bes Krystal Isis.  Her dad is Aidan, above.  Her date of birth is 19-March-2004. 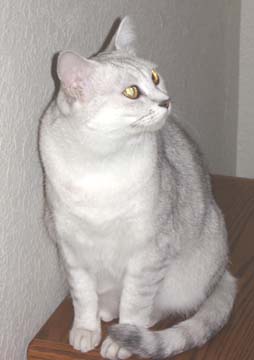 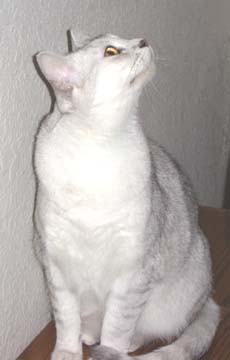 Here is Horizons Romulus of Bes and he is a Chocolate Tipped Burmilla (in CCA he is called a Champagne Chinchilla Burmilla).  His date of birth is 11-August-2006.  He now resides in The Netherlands to help with their breeding program. 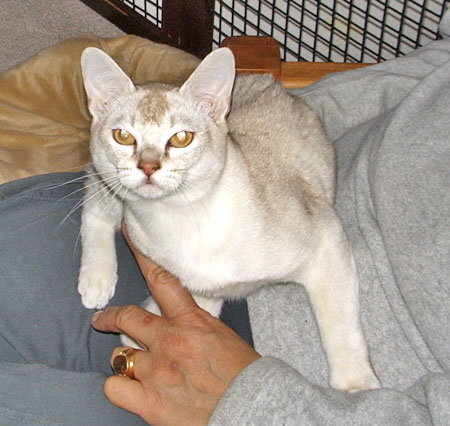 Here is Bes Meryetre Hatshepsut, who is a Chocolate Shaded Silver.  I just love this photo of her and the painting. 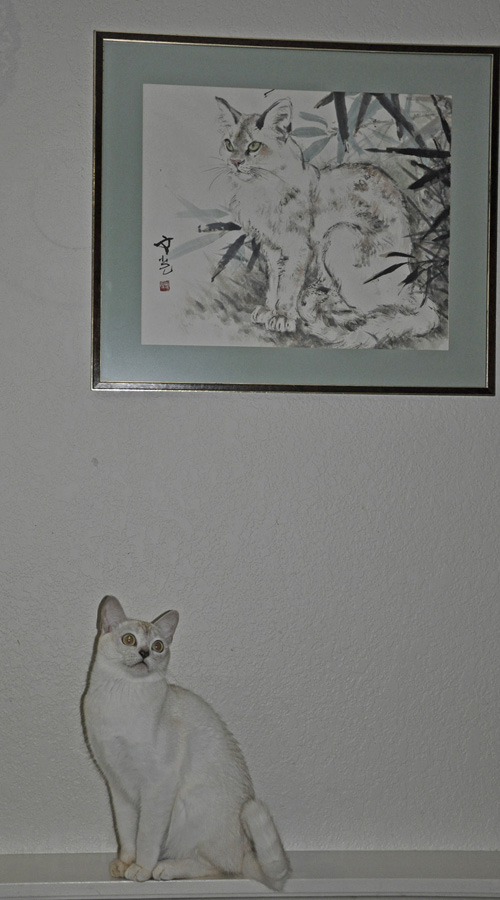 Here is Black Silver Burmilla Longhair boy, his name currently is Bes Teddy Bear.  His date of birth is 15-August-2004 (that is the same birthday as Gandalf and Gandalf is his dad). 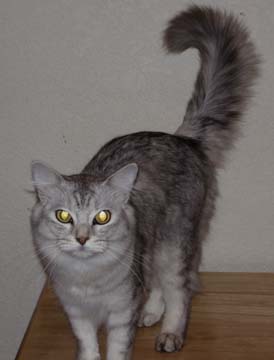 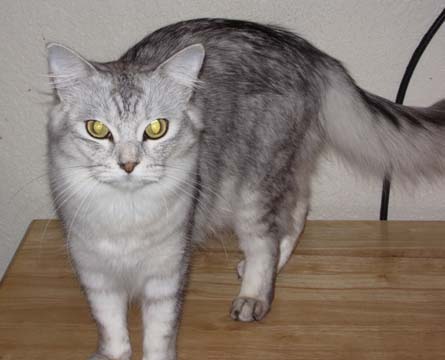